We stay up to date on current events through all different forms of media.  Every day we are bombarded with announcements on the radio, television and even social networks like Facebook or Twitter.  However, what actually happens and what is told happens are often two different things.  The manner in which news is presented to the public is a very effective media manipulation technique. 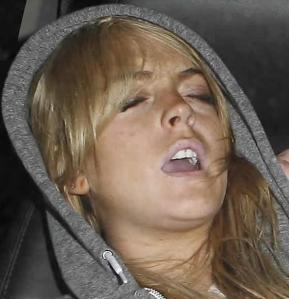 Celebrity publicists make a living by manipulating words and stretching the truth to protect their clients.  They control what information is released to the public which in turn affects our perception on these celebrities.  When Lindsay Lohan, for example, was out of the public eye and hospitalized for an extended period of time, we were informed that it was due to exhaustion and dehydration.  By selecting these ambiguous words to describe Lohan’s absence, we were sheltered from what actually was going on.  Hospitalized for exhaustion is one thing, but her publicist failed to mention that this was the result of excessive drug and alcohol abuse.  Our opinion on celebrities and other people is a direct result of what we hear and what we are told.  If the news is sugar-coated, it gives us a much better impression of the world.

In addition to the specific words used to release information, the actual process of getting the news out to the public is crucial, especially in cases of crisis management.  How information is given to us, the tone and timing, is just as important as the words themselves.  When news about the wildfires in Austin blew up newsfeeds and broadcasts, there was an immediate wave of panic.  Everyone wants to know exactly what is going on, whose involved and how long it will last.  The information was released as soon as public officials knew what was happening, but they maintained a calm and collected voice.  The concern was strictly releasing news on the disaster and avoiding fury and chaos.  After many households had to evacuate the area, they anxiously awaited the announcement that it was safe to return.  Public officials withheld the information for a full 72 hours before making the announcement that the fires had subsided and it was safe for families to come home.  They wanted to ensure protection and safety of all those involved and had they announced too soon that it was safe to return and the fires emerged again, it would have created more unnecessary panic and terror.  Presenting the information at the appropriate times was absolutely imperative to controlling the situation.  For more details on the event, click here.

We want to believe everything we are told, especially if it is coming from an official representative.  We refuse to believe that the information given to us is almost always twisted around.  Our view on individuals, current events and world-wide issues is molded by who tells us what.  Whether it’s petty gossip like the lives of celebrities or threatening situations like the wildfires in Austin, we want to be up to date on everything and our reactions and opinions are affected by the information pouring in from the various forms of media communication.